A couple more pictures from Ron Dawes.  Thanks Ron! 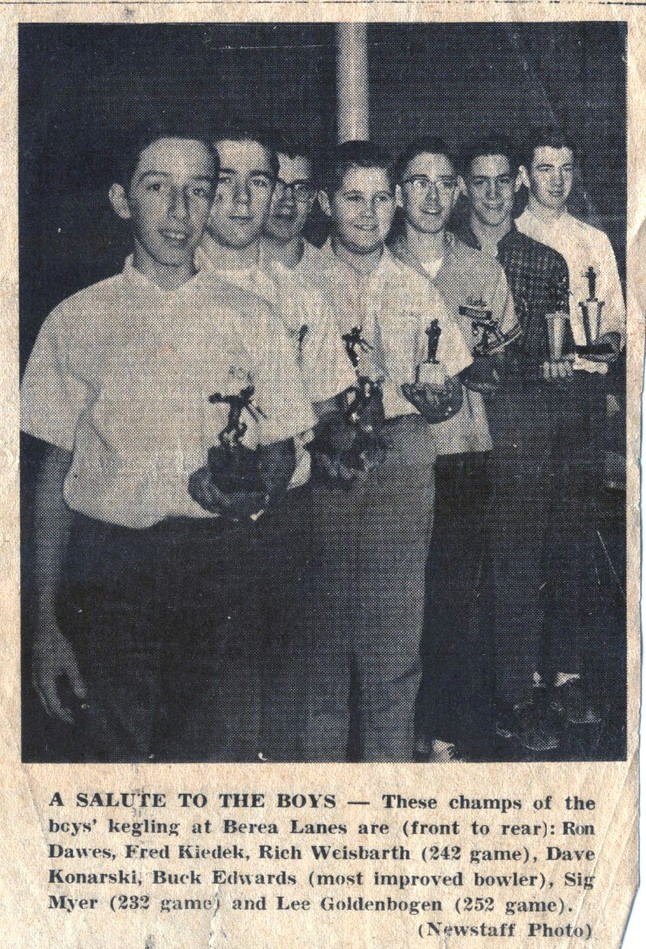 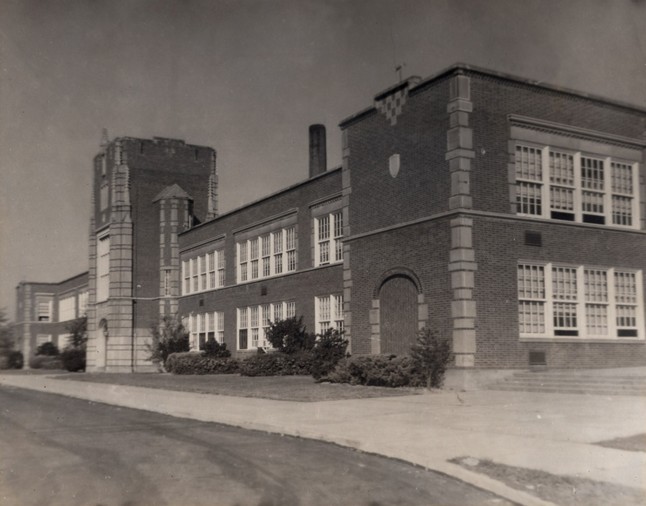 A great picture from Ron Dawes!  Thanks Ron for sharing.  Can anyone help with names?  Ron Dawes and Ed Skuza have helped with names!  Any one else? 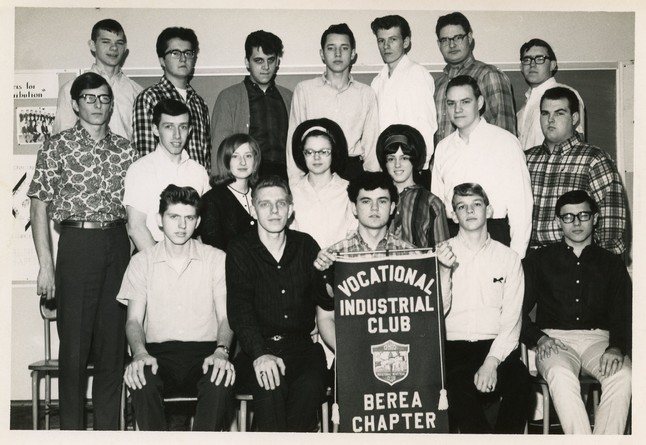 We are not sure all these are correct, please let us know if you can help with names!

Help us out with some names. I’ve numbered the pictures:
#1 Charlie Jandecka near the window 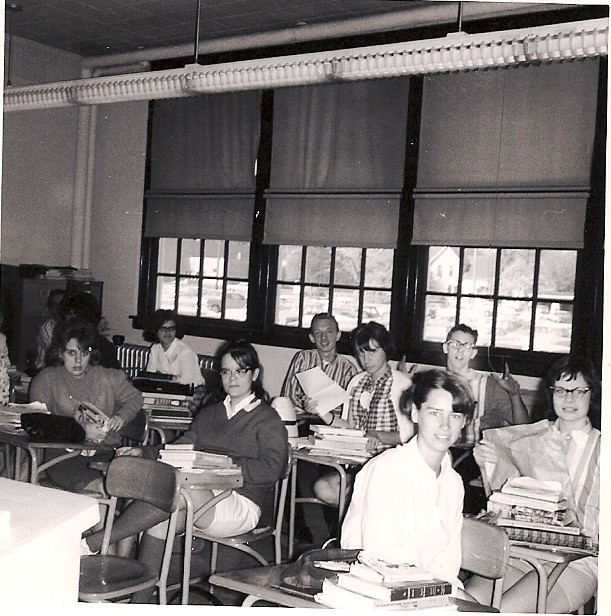 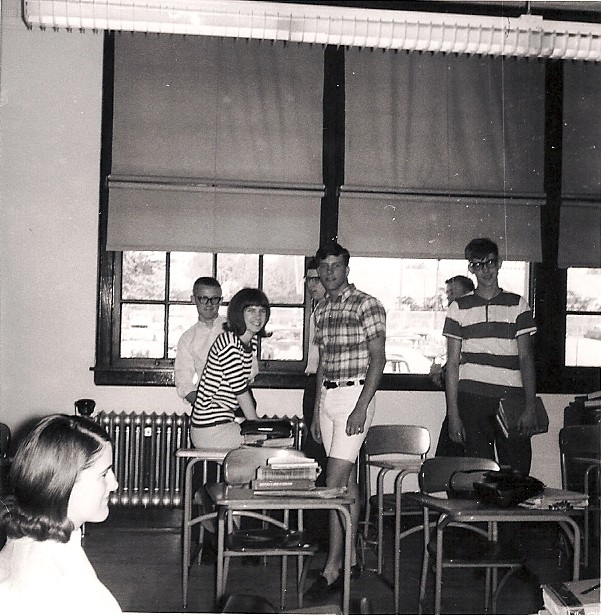 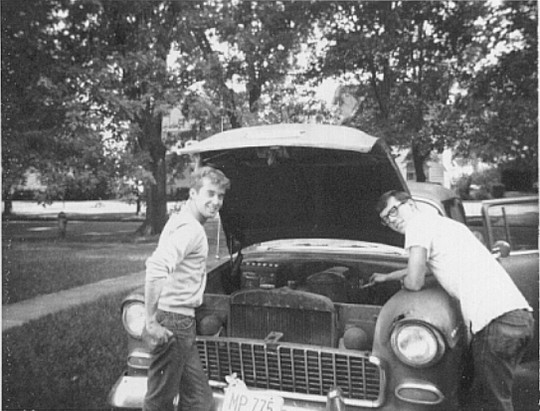 In front of Judy Hoch's house on Westbridge Drive.  That's her Dad's prized Chevy Nomad in the driveway.

Barbara Wilchek (majorette) and Jimmy Colvin on the bicycle.  Can anyone else help with names? 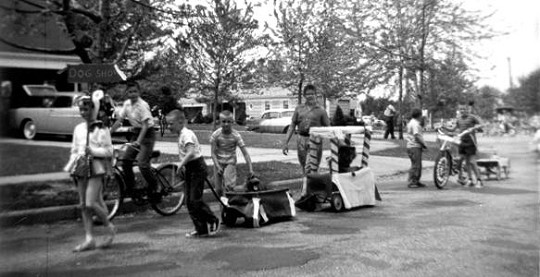 Cathy Chrysler dressed in a Cat outfit.  Jim Chrysler pulling the wagon.  Larry Winter holding his dog in the wagon.

Bob Chrysler holding our dog, Hollie, in the other wagon. 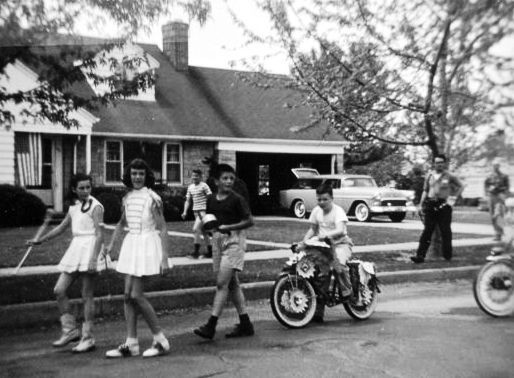 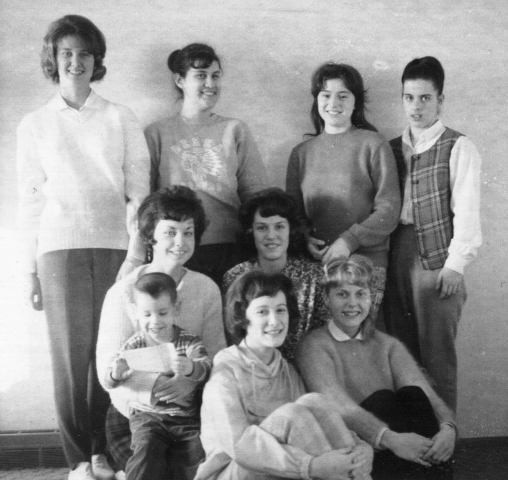 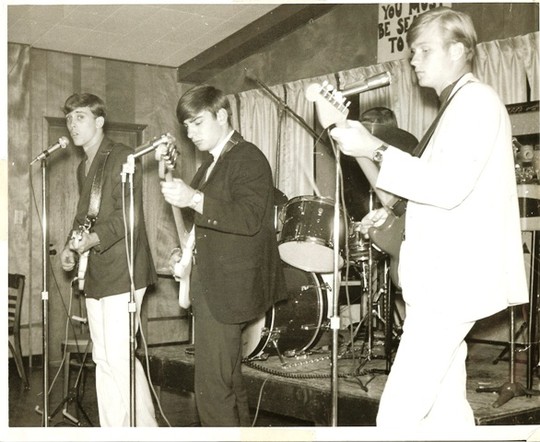 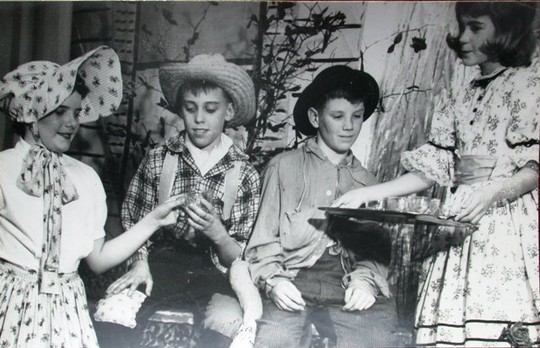 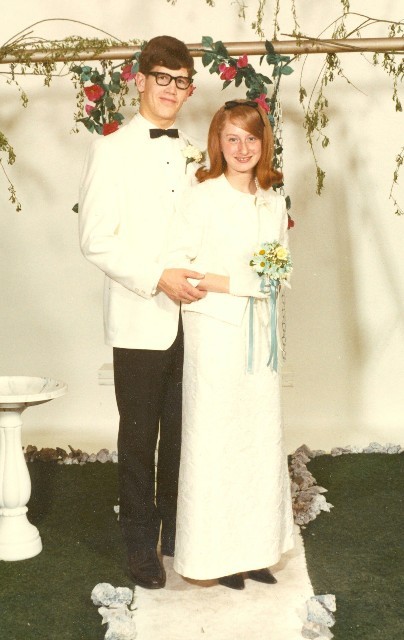 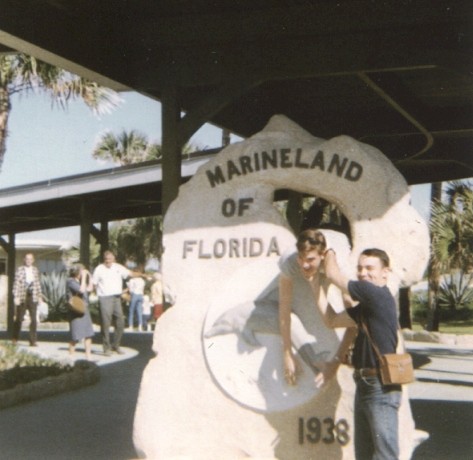 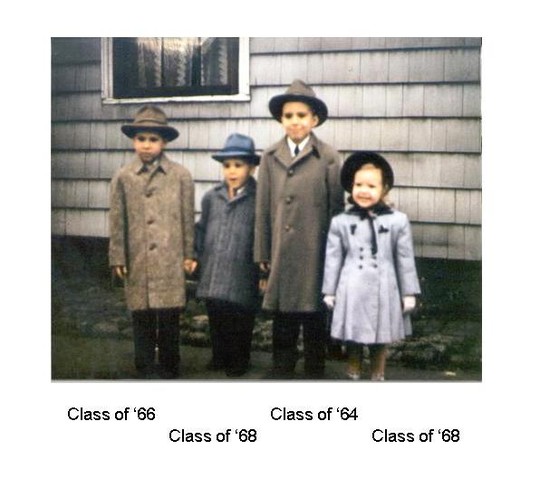 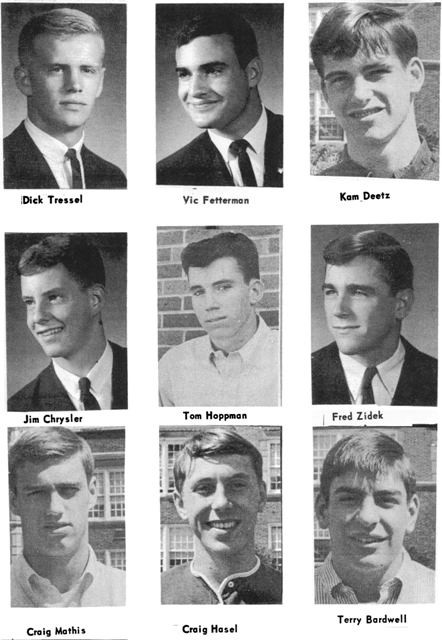 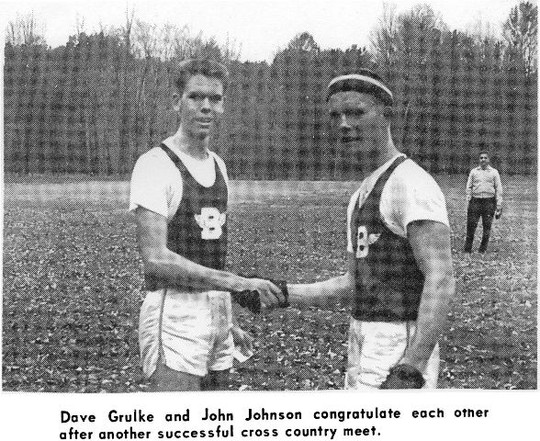 Back to the top of the page